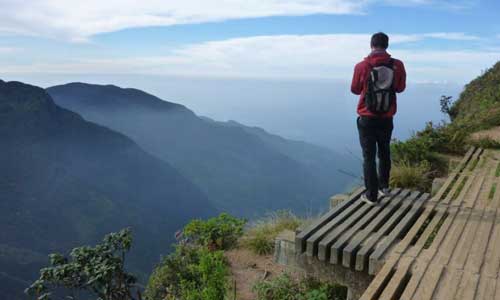 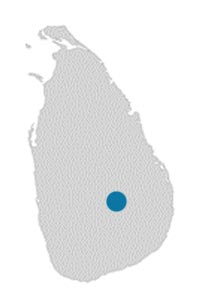 Horton Plains National Park is a protected area in the central highlands of Sri Lanka and is covered by montane grassland and cloud forest. This plateau at an altitude of 2,100–2,300 metres (6,900–7,500 ft) is rich in biodiversity and many species found here are endemic to the region. This region was designated a national park in 1988. It is also a popular tourist destination. The sheer precipice of World’s End and Baker’s Falls are among the tourist attractions of the park.

Large herds of Sri Lankan sambar deer feature as typical mammals and the park is also an Important Bird Area with many species not only endemic to Sri Lanka but restricted to the Horton Plains. Horton Plains is a popular tourist destination, with World’s End being the key attraction. World’s End is a sheer precipice with a 870 m (2,854 ft) drop. It is situated at the southern boundary of the park. Another cliff known as the Lesser World’s End of 270 m (886 ft) is located not far from World’s End.

Baker’s Falls, a waterfall formed by Belihul Oya, a tributary of the Walawe River is named after Sir Samuel Baker, a hunter and explorer who attempted to establish a European agricultural settlement at Nuwara Eliya. The waterfall is 20 metres (66 ft) high. Slab Rock Falls is another well-known waterfall in the plains. The waterfall can be reached by walking on one of the main trails; the trail is a bit steep at the end but the difficulty level is medium to easy.