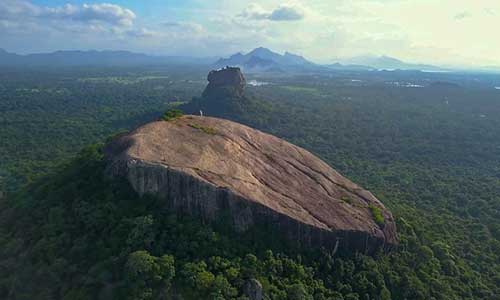 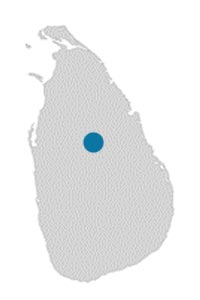 Pidurangala Vihara is an ancient Buddhist temple situated in Pidurangala village. The temple was constructed on a massive rock called Pidurangala, which is located a few kilometers north of the historical fort Sigiriya.

It is believed that the history of Pidurangala Vihara goes back beyond to the first and second century BC. From those days Pidurangala was used as a Buddhist monastery and but became a prominent place during the reign of King Kashyapa (473 – 495 AC).  According to ancient chronicles, Prince Kashyapa had killed his father King Dhatusena and fled to Sigiriya to find out a more secure place to prevent retaliation attacks from his half-brother, Mugalan. With the arrival of King Kashyapa, the Bhikkus who were medidated there were requested move to the nearby Pidurangala. In a sort of compensation, King Kashyapa refurbished the temple and made it a prominent place. The temple was said to be ‘panchavasa’, consisting of five main ritual buildings. Among the buildings are Ancient Stupa, Chapter House, Image House, Bodhighara, Preaching hall, Sangharama (Bikku Residence Building) and inscriptions with drip ledged caves can be seen.

Pidurangala is a more challenging climb than Sigiriya, so should not be attempted by those with poor physical fitness. There is no clear path to the top: steep, uneven steps give way to an expanse of boulders and crevices that climbers must navigate in order to reach the summit. From the top, there are glorious vistas of the surrounding landscape and an incredible view of the majestic Sigiriya Rock.